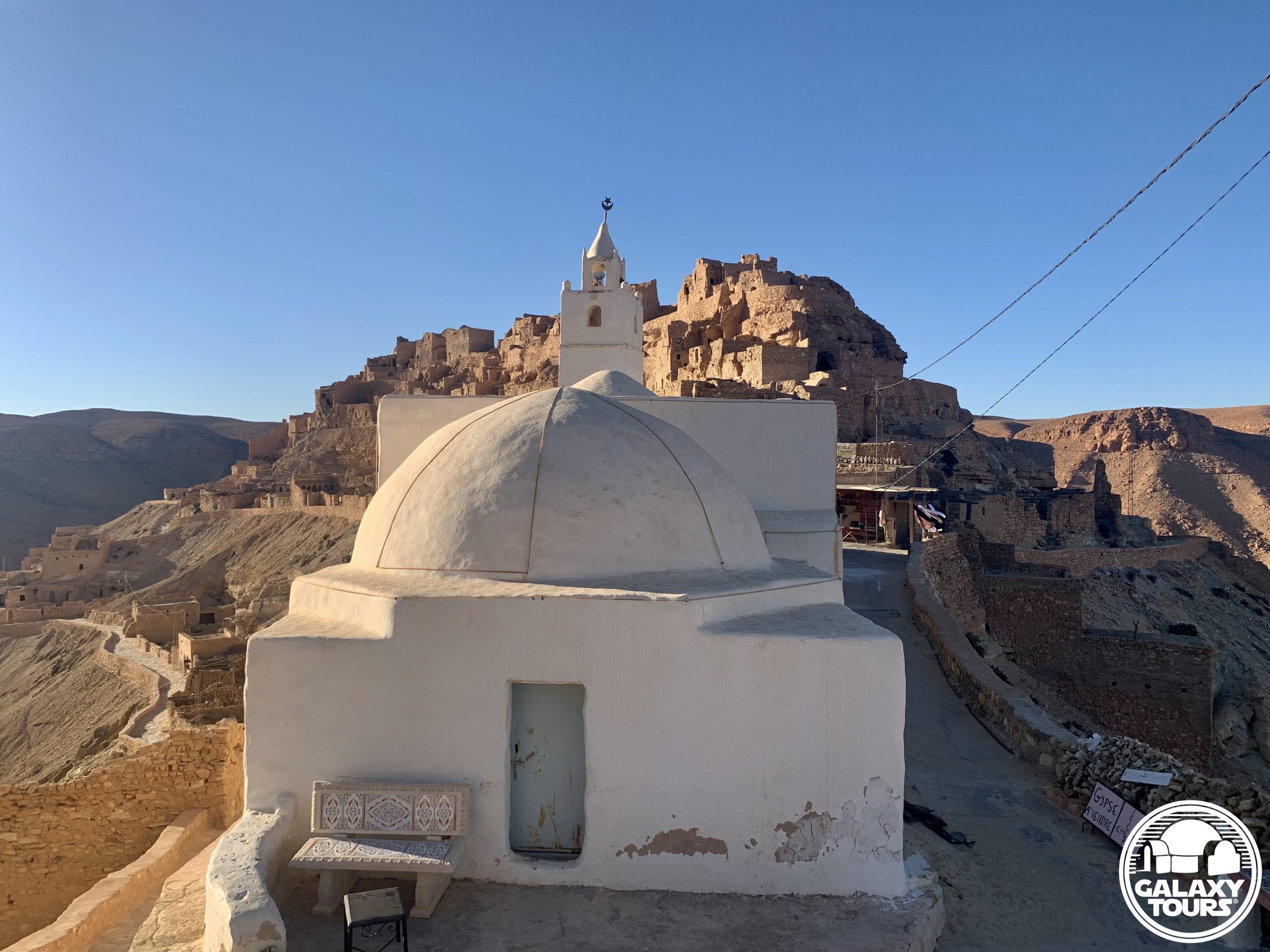 Canon reference: The name Chenini is associated (since 2015) with one of the three moons of fictional Tatooine. Nearby Guermessa and Ghomrassen represent the names of the other two moons. All three locales “orbit” around Tataouine city.

Modern Chenini is located in a remote area 14 km west of Tataouine city, the Tataouine Governorate capital in southeastern Tunisia. Members of the historically nomadic/semi-nomadic Amazigh Zenata tribe, one of the largest Amazigh tribal federations in Maghrebi North Africa and among the earliest to adopt Islam in the 7th century CE, inhabit the modern village, distinguished as one of the last remaining Tunisian locations in which the distinct Zenati dialect is actively spoken. Perched above the village approximately 1 km to the southwest stands ancient Chenini. Clusters of houses scattered in all directions around the base of the ancient site seamlessly blend the past and present.

Seeking refuge from the dominate Arab Hilalian tribes, the Zenata tribe erected in the late 12th century CE the ancient mountain village as a defensive kala’a (Arabic: “citadel” or “fortress”), digging multiple layers of fortified subterranean (troglodyte) structures into the sloping strata (limestone, clay, marl, and dolomite) of an isolated curved peak (ca. 830 meters long) that extends from the northwest side of Jebel Charenn (elevation: 644 meters), the second tallest mountain range in the Tataouine region. Family-specific ghorfa chambers, forming a cliffside ksar complex for crops storage, represent the oldest fortifications at Kala’a Chenini. An excavated inscription dates one of the ghorfas to 590 AH (1193/1194 CE); the first ksar structures were certainly built years/decades earlier. Although the fortified dwellings at Kala’a Chenini have not been inhabited for centuries, some of the ancient ghorfas continue to be used as grain storage depots by Zenata families.

Kala’a Chenini is one of the most popular sites on the tourism circuit in southern Tunisia. Al-Farajeen Mosque, a compact whitewashed structure placed prominently in the approximate center of the curved Kala’a Chenini peak, functions as the distantly visible landmark for the ancient mountain village. The steady mix of local and touristic activity at the two-storey Café Haute Chenini, situated just southeast of the mosque, injects a relaxed yet pulsating energy into the surrounding cliffside subterranean ruins. This unique atmosphere starkly contrasts the abandoned silence that prevails at Kala’a Guermessa, located roughly 8.5 km to the northwest.

Archaeologist David West Reynolds, serving as the Star Wars locations specialist during the principal Episode I recce to Tunisia (early to mid-December 1995), documented the scouted sites with photographs and sketches. Reynolds released six recce photographs to Jon Bradley Snyder (author/editor) for publication in Star Wars Insider 29 (Spring 1996), leaving the remaining photos and all sketches concealed from public view. Although Reynolds assumed for decades that the unpublished recce visuals were locked away in Skywalker Ranch files as part of an Episode I “Tunisia reference kit” he had prepared for George Lucas (writer/director) and Rick McCallum (producer), a targeted search more than 25 years later through his personal archives uncovered a small cache of Episode I documents, to include his original recce sketch drawn at Kala’a Chenini in early December 1995.

Reynolds posted the “Prequel Location Scouting” sketch, clearly labeled as “Chenini,” on 24 April 2022 via Instagram (account: archaeology.of.star.wars). The sketch depicts the front and northeast side of Al-Farajeen Mosque folded into a picturesque display of background hilltop ruins. Reynolds stood approximately 15 meters southeast of the mosque entrance to frame the drawing. Replicating this exact positioning is no longer possible due to the post-1995 construction of a large elevated platform upon which rests the café, outdoor sitting areas, a cell tower, and a water storage tank. Despite no systematic effort to preserve the ruins, views of the mosque and surrounding ancient structures remain more or less unchanged since the 1995 recce. 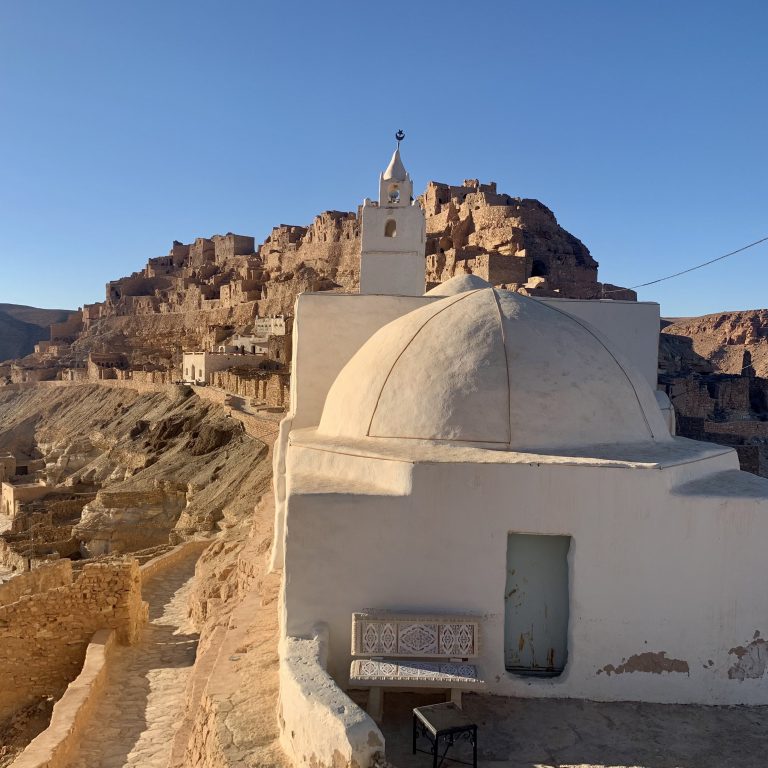 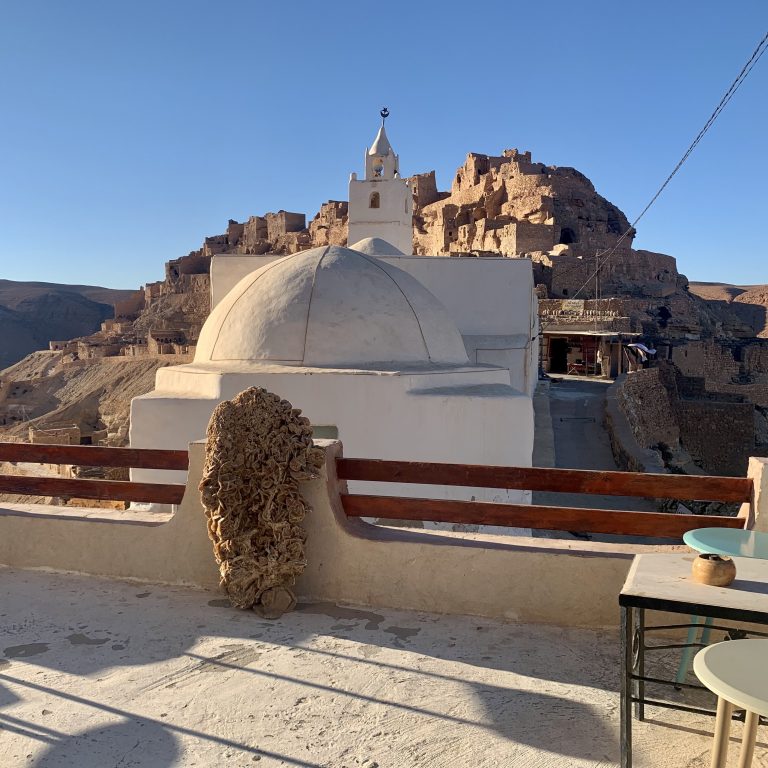 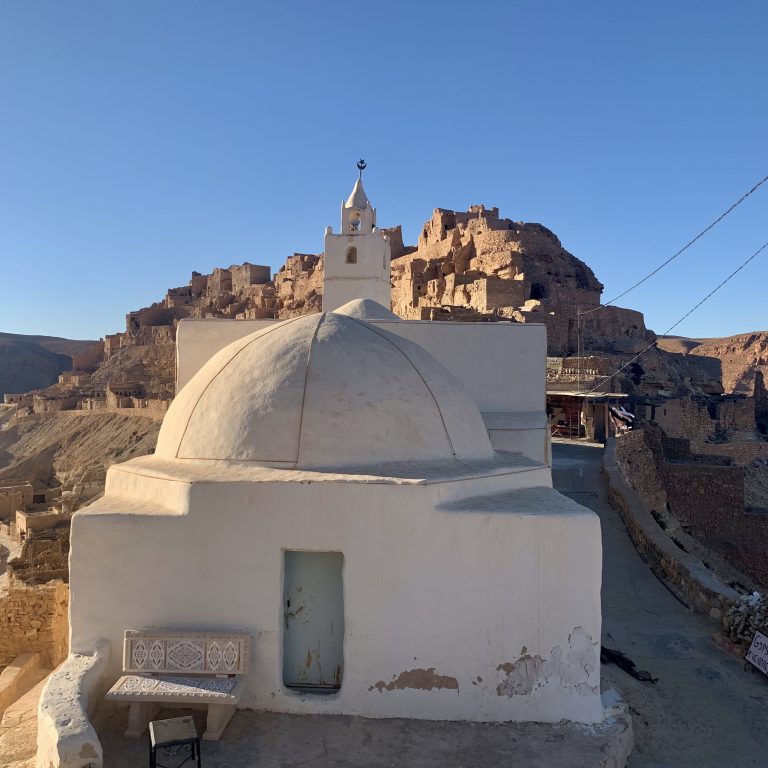 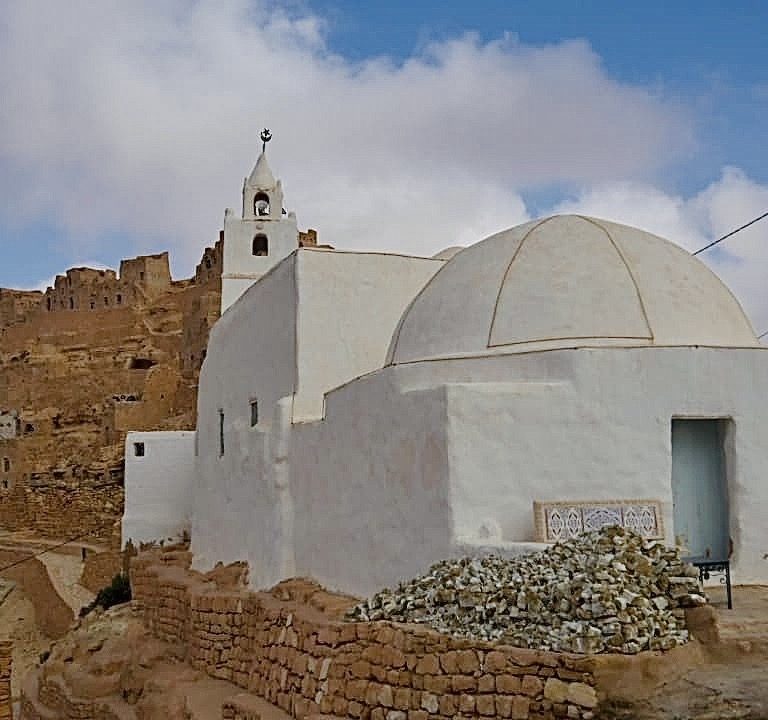 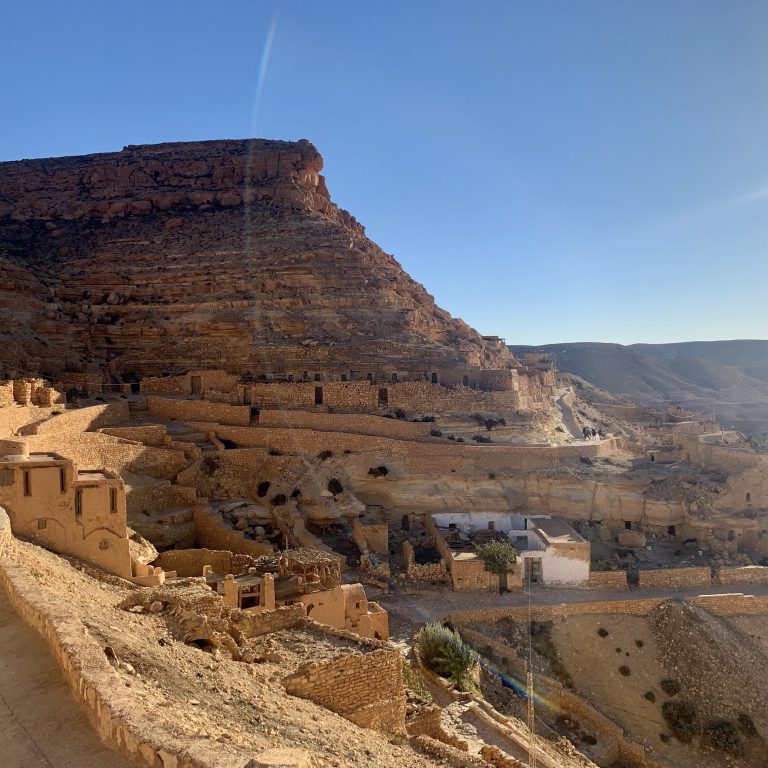 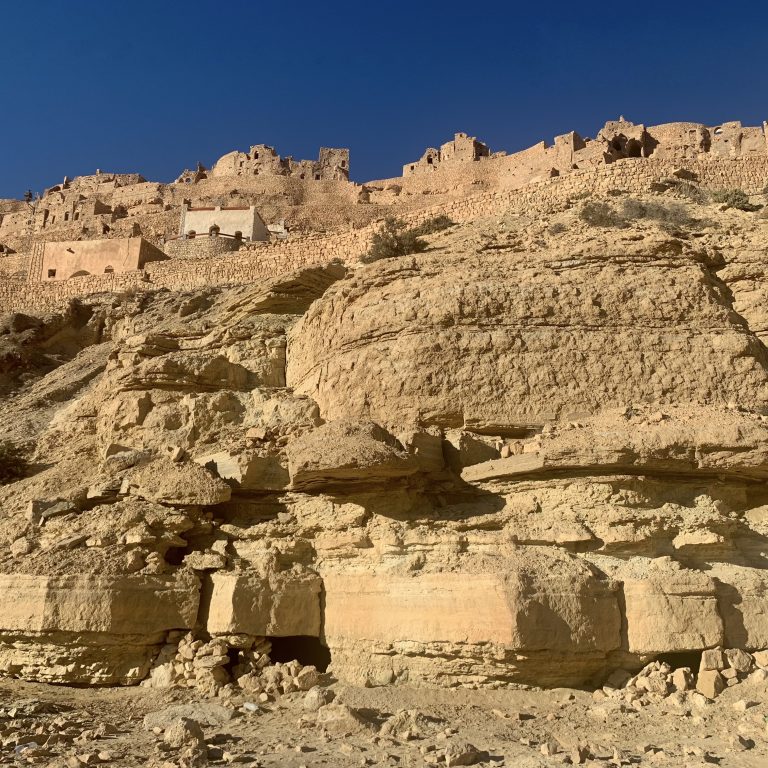 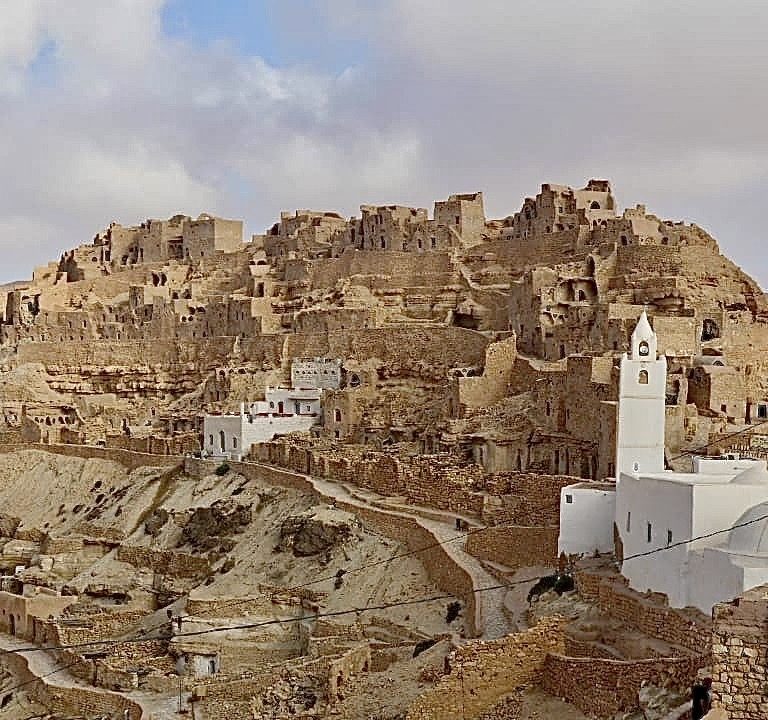 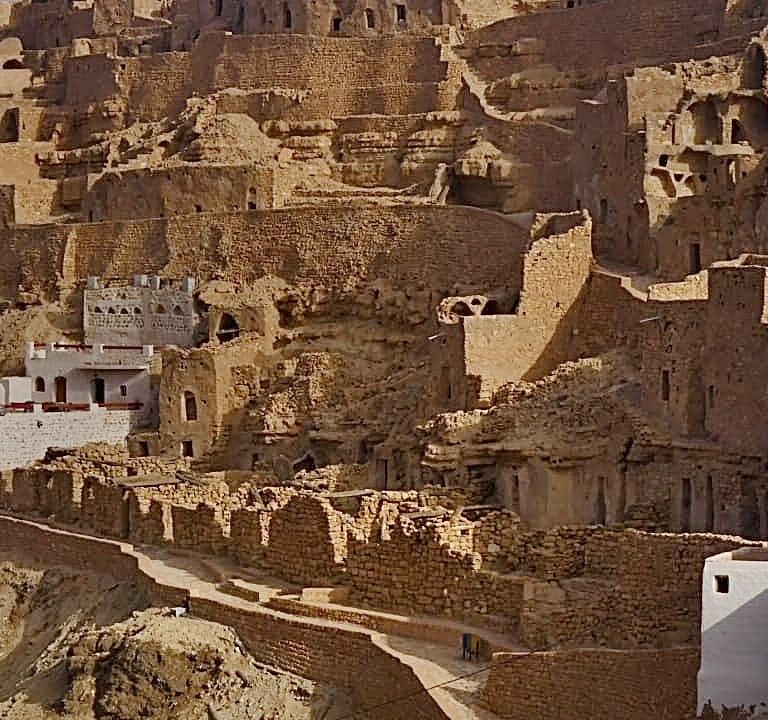 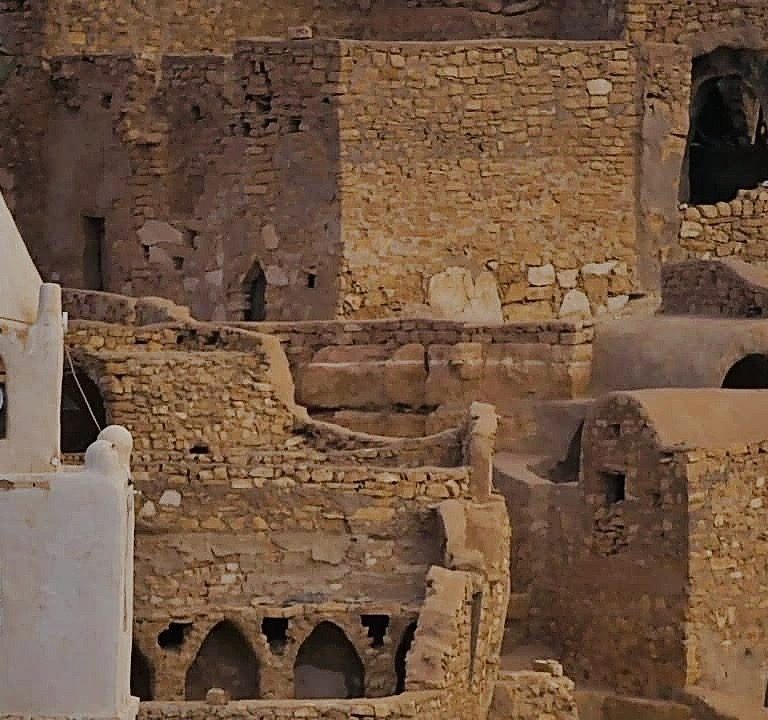 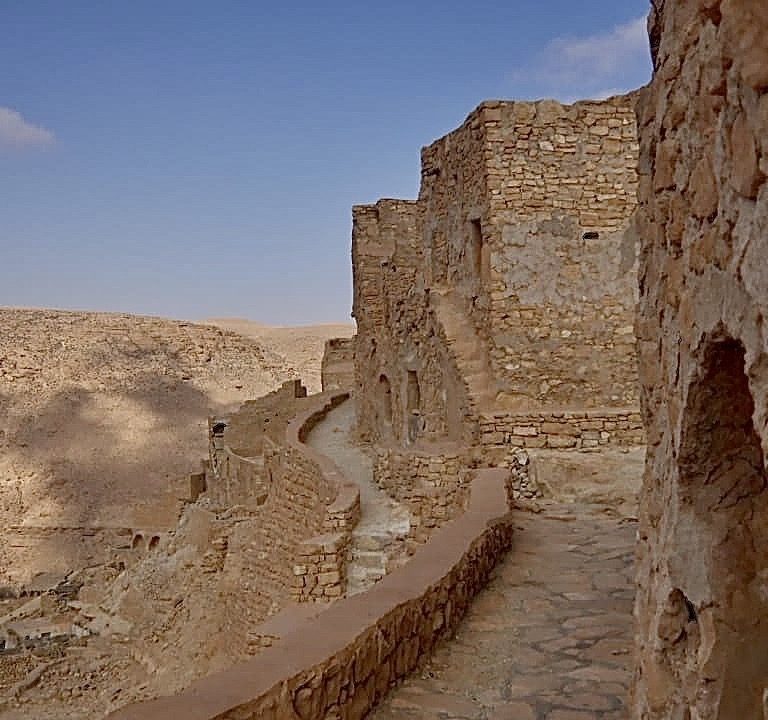 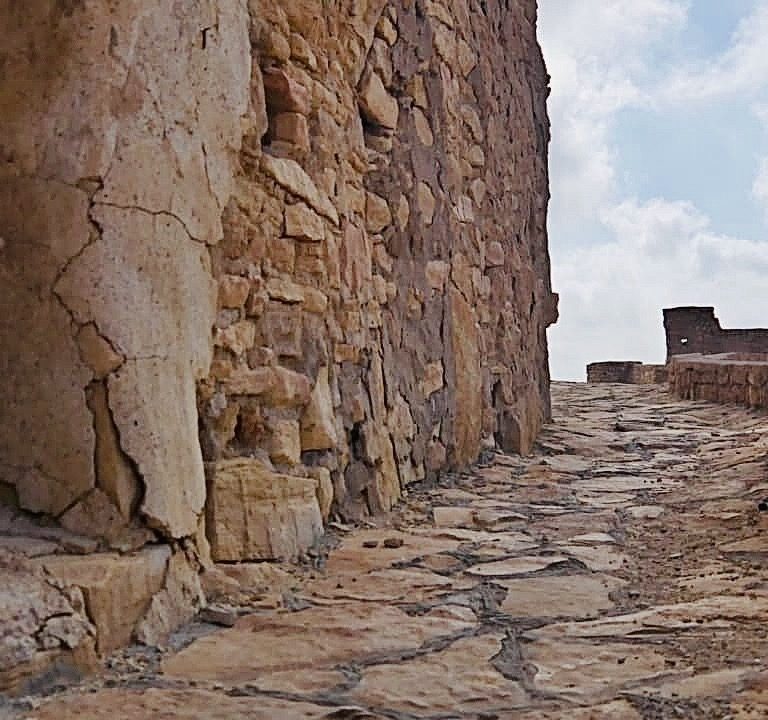 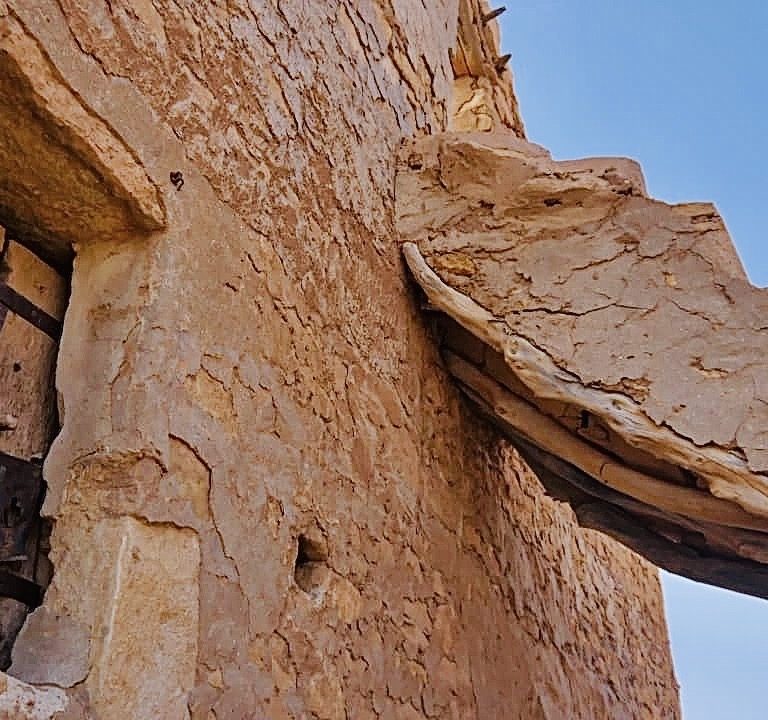 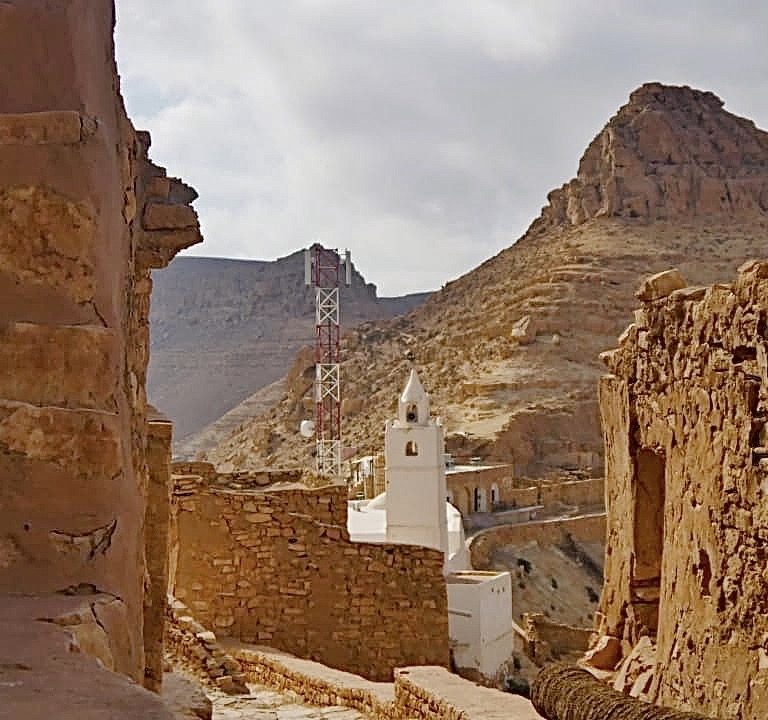 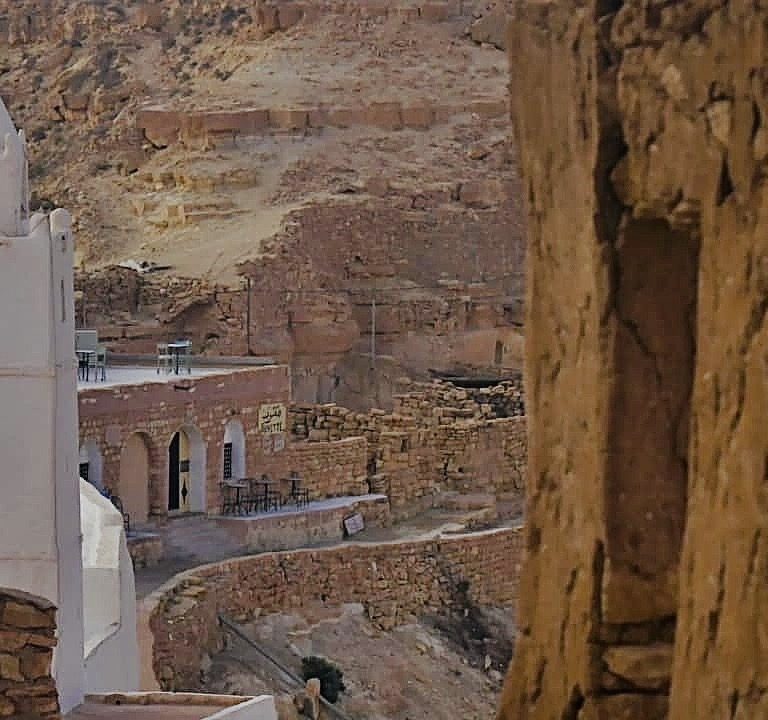 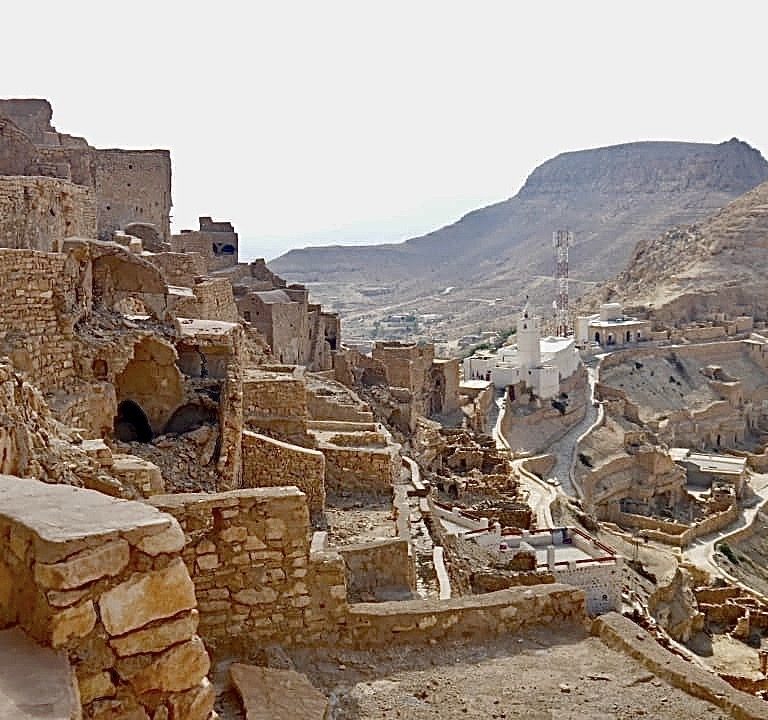