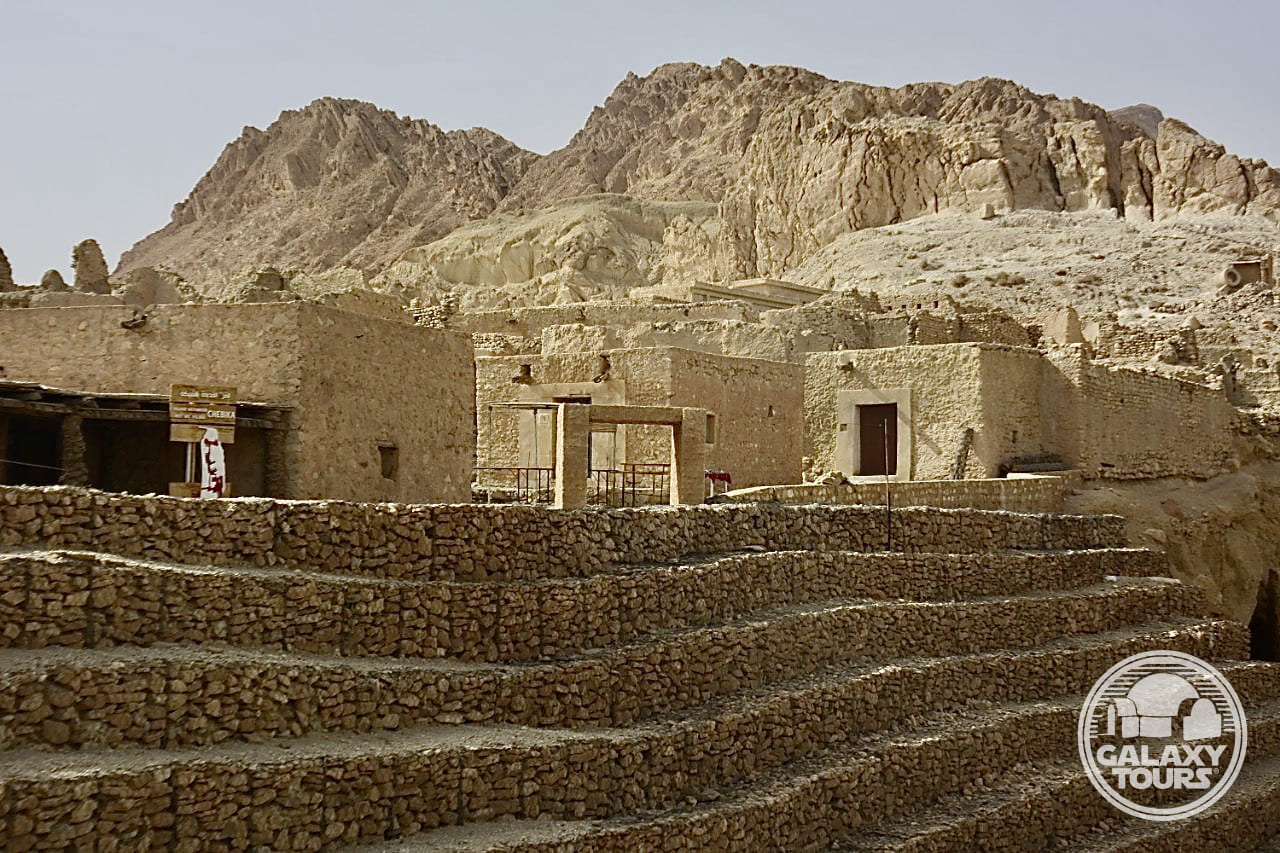 Modern Chebika (alternately: Sebikha, Shabikah, As-Sabikah) is a sparsely populated mountain oasis village located in the Tozeur Governorate directly along the P16 highway approximately 53 km northwest of Tozeur city, the provincial capital. The modern village, engulfed by a large palmeraie to the east, was established in the aftermath of intense flooding in 1969 caused by 22 days of torrential rainfall throughout southern Tunisia. The catastrophic weather event, which reportedly killed more than 500 people, overflowed wadis in the region, forcing extensive property damage. Many settlements were left abandoned, to include ancient Chebika.

Fortified as the Roman outpost Ad Speculum (Latin: “from the mirror”), ancient Chebika, perched on a rock platform at the foot of Jebel el-Negueb less than 500 meters northeast of the modern village, was utilized as a mountain stronghold in the arid Djerid region from which to send signals by mirror to track caravans traveling to/from Tozeur. In the post-Roman era, the settlement was converted into an Amazigh mountain refuge alternately known as Ksar el-Shams (Arabic: “castle of the sun”) due to its openly exposed position. Remains of narrow streets and brick and mud structures blend the ancient village into the surrounding jagged peaks on all sides (except to the south). A steep ravine filled with date palms injects contrasting greenery to the east/southeast.

The elevated position of ancient Chebika offers sweeping views of the Chott el-Gharsa salt flats, located some 20 km to the south. A marked trail, running along the tiered retaining wall built on the eastern perimeter of the site, leads to a small waterfall tucked inside the canyon to the northeast. The 40-minute walk to the waterfall following a spring-fed stream with several pools of clear blue water is a popular tourist attraction, especially during the winter months when the spring is most active. According to tradition, the spring was formed at the point where a wandering camel carrying the body of a marabout named Sidi Sultan came to a halt. Sidi Sultan Marabout, located near the ravine, enshrines the tomb of the Muslim holy man.

In his monumental work The Making of Star Wars: The Definitive Story Behind the Original Film (2007), J.W. Rinzler published several original concept sketches drawn by John Barry (production designer) from late 1975 to early 1976 in conjunction with the principal Episode IV pre-production recce to Tunisia in mid-November 1975. One of the sketches contains a detailed caption that clearly identifies Chebika as the illustrated location: “CHEBIKA – in mountains near TOZEUR. Alternative town to AJIM – near salt flat location.”

Barry likely relied on at least two vantage points—southeast and southwest of the ancient village—to draw the sketch. The distinctive multi-level mudbrick reinforcement wall located on the east edge of the Chebika ruins paired with identifiable elements of the buildings above the tiered wall are unmistakingly featured in the drawing. The mountains in the sketch seem to resemble a conflated perspective of real-world peaks situated both north and east of the ruins. Barry added landspeeders, villagers, rooftop small domes, and futuristic antennas to complete the fictional Tatooine cityscape, mirroring the unique Ibadi/Amazigh architecture ubiquitously present on Djerba island. Post-1975 tourism developments on the south side of the ruins (viewing platform, cafe, shops) restrict the ability to exactly match Barry’s original sketch position(s) at the site.

Barry’s identification of Chebika as an alternate to Ajim indicates that the site was under consideration as a possible location for the Episode IV Mos Eisley city center scenes involving the stormtrooper security checkpoint and cantina exterior. Several geographic factors bolstered the case for Chebika. For example, Chebika’s proximity to the three Episode IV film site areas in the Tozeur Governorate—Chott el-Djerid, Gour Beni Mzab, and Maguer Gorge—offered the possibility of centralizing almost all filming activity in the same general region. Moreover, the rugged mountainous landscape surrounding Chebika (unlike Ajim) matched the screenplay concept for a “bluff overlooking Mos Eisley spaceport,” initially introduced in the third draft (1 August 1975). Lastly, the compact size and post-1969 abandoned state of the Chebika ruins created the potential for enhanced flexibility to film both landscape-enriched wide shots and street-level close-ups. In the end, Chebika’s remote mountainous setting seemingly presented more logistical challenges than advantages and budget constraints rendered the option of dressing an entire village with set decor as highly unrealistic. The decision to film Episode IV Mos Eisley scenes in Ajim (rather than Chebika) proved to be both practical and economical, shaped in part by Djerba’s position as the primary travel hub to/from southern Tunisia. 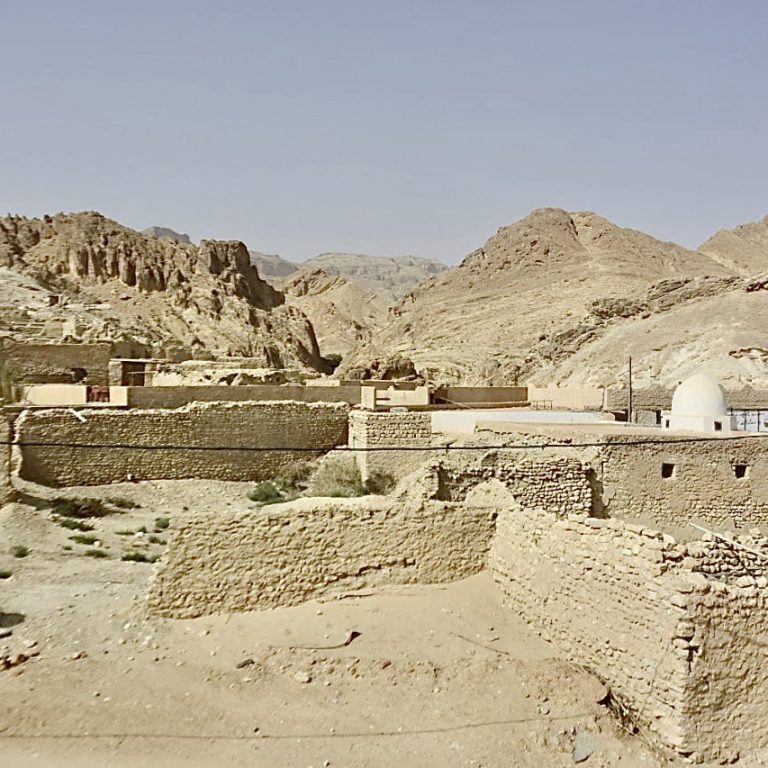 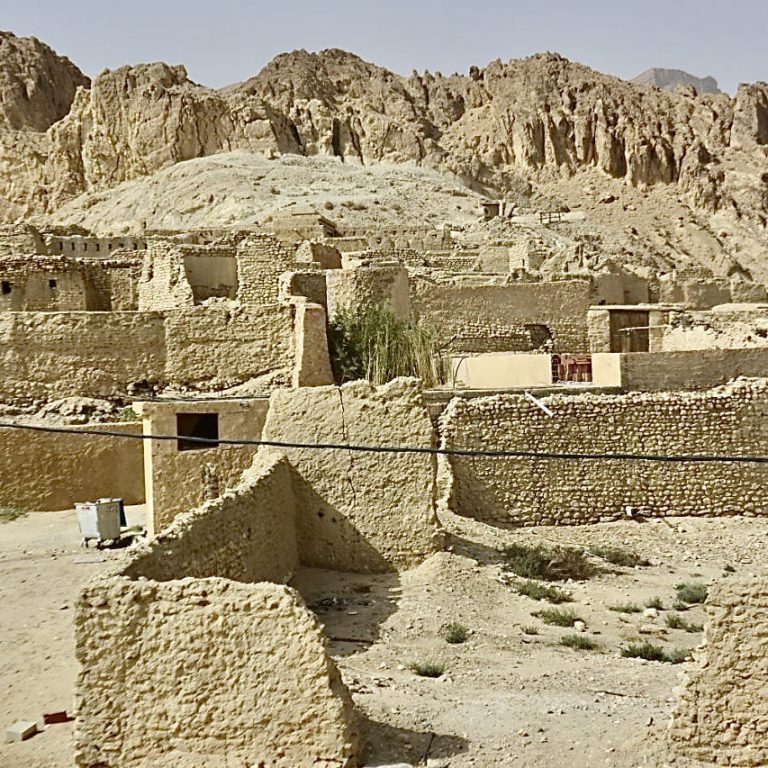 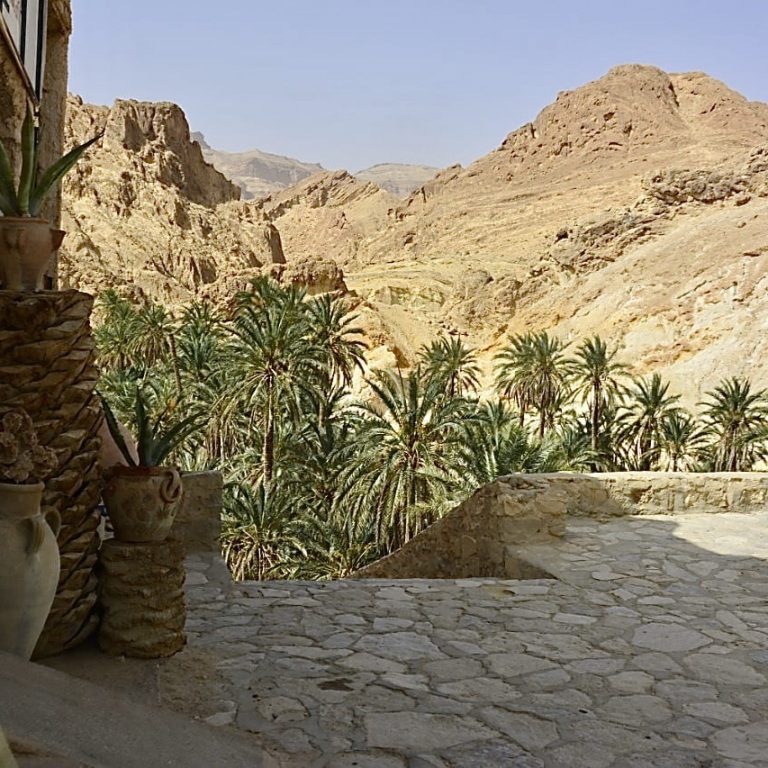 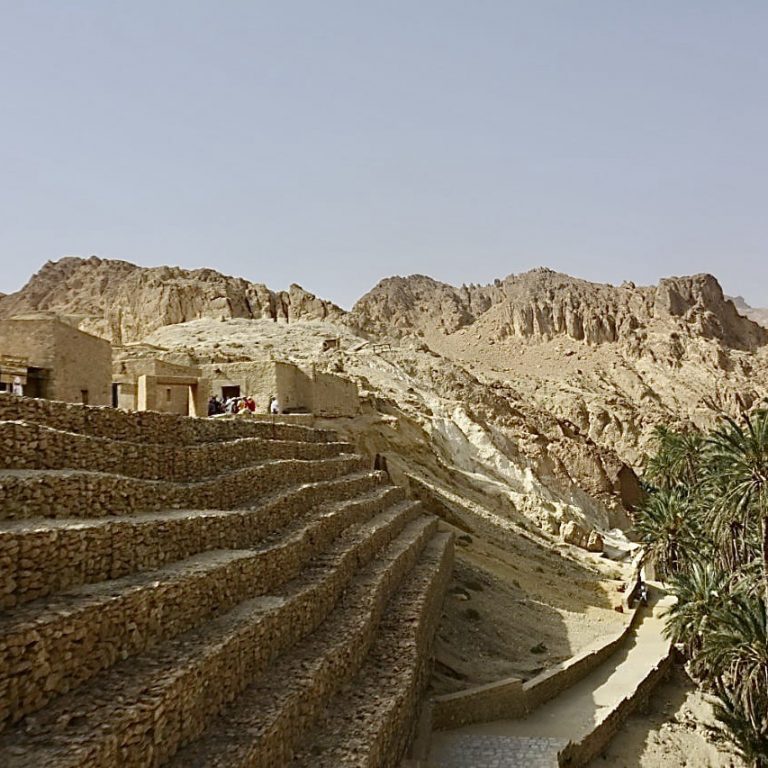 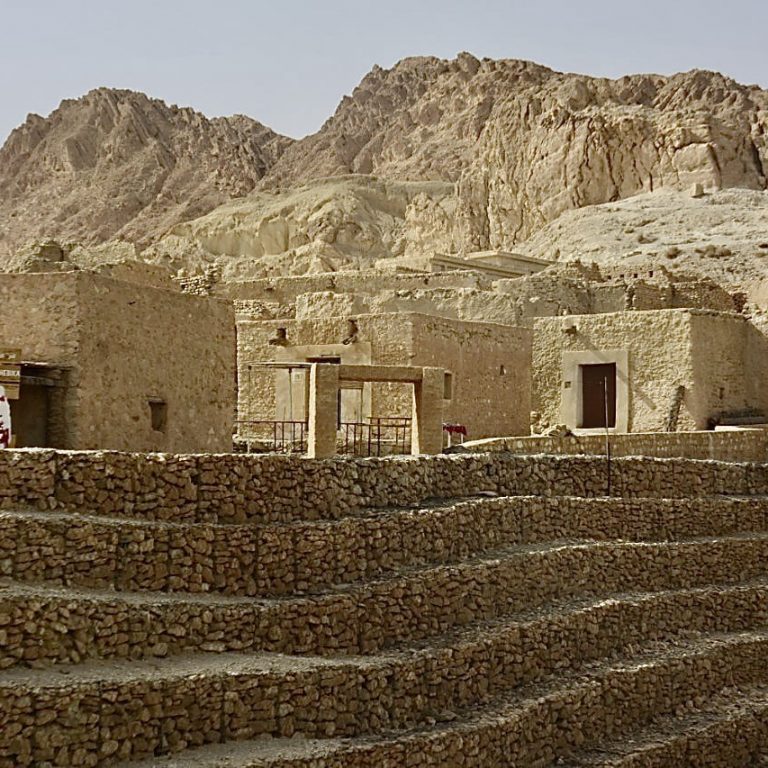 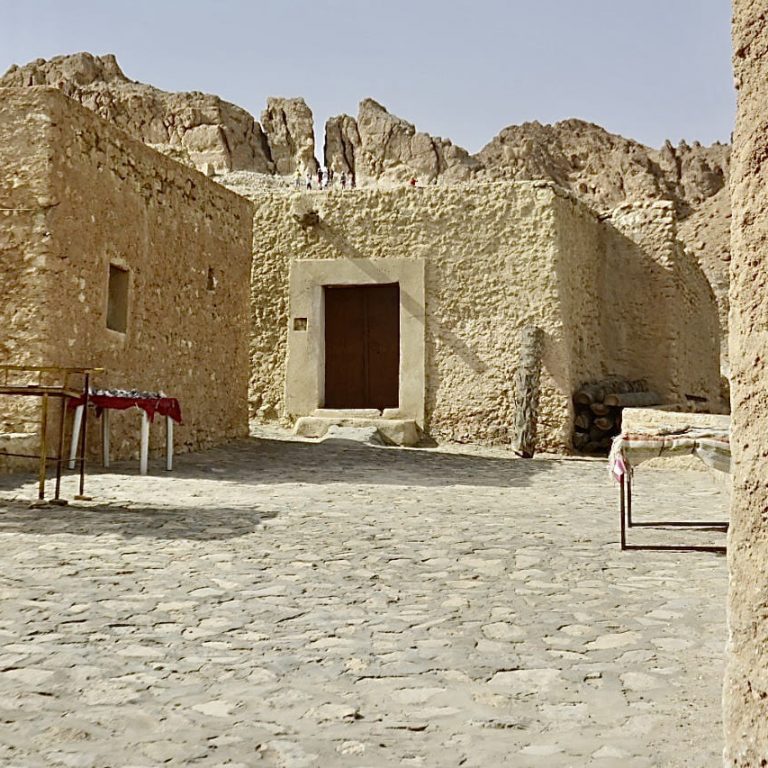 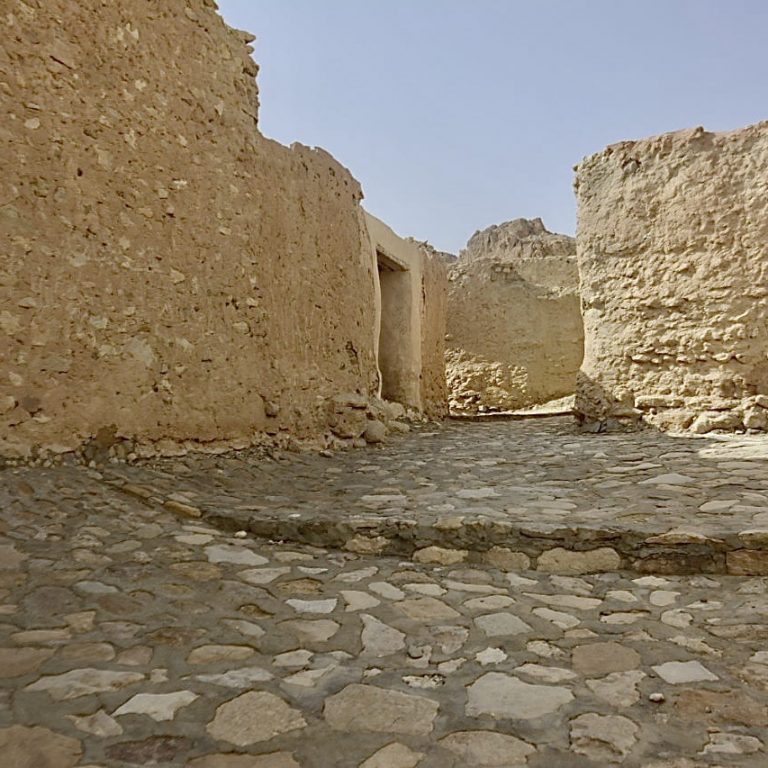 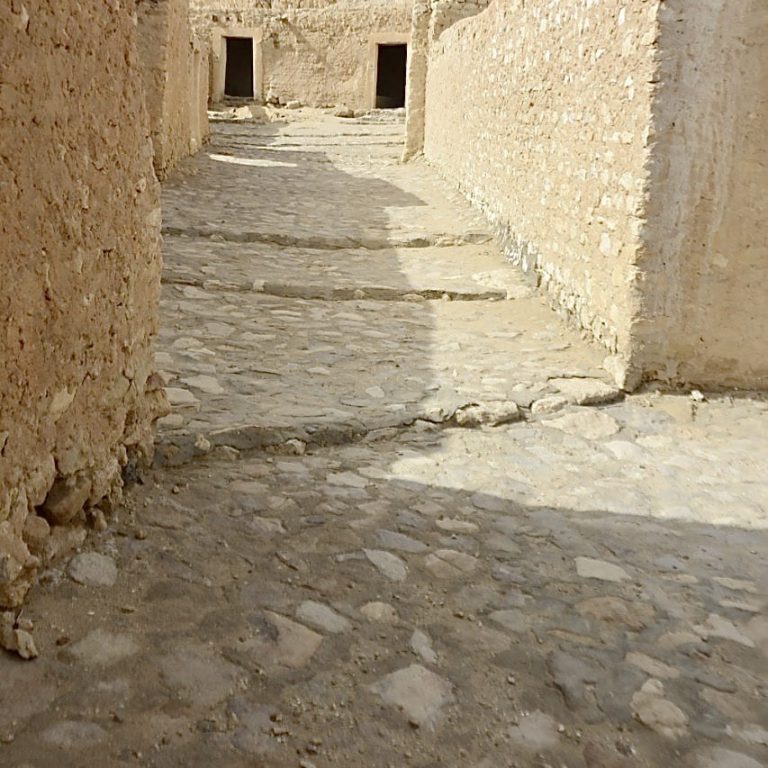 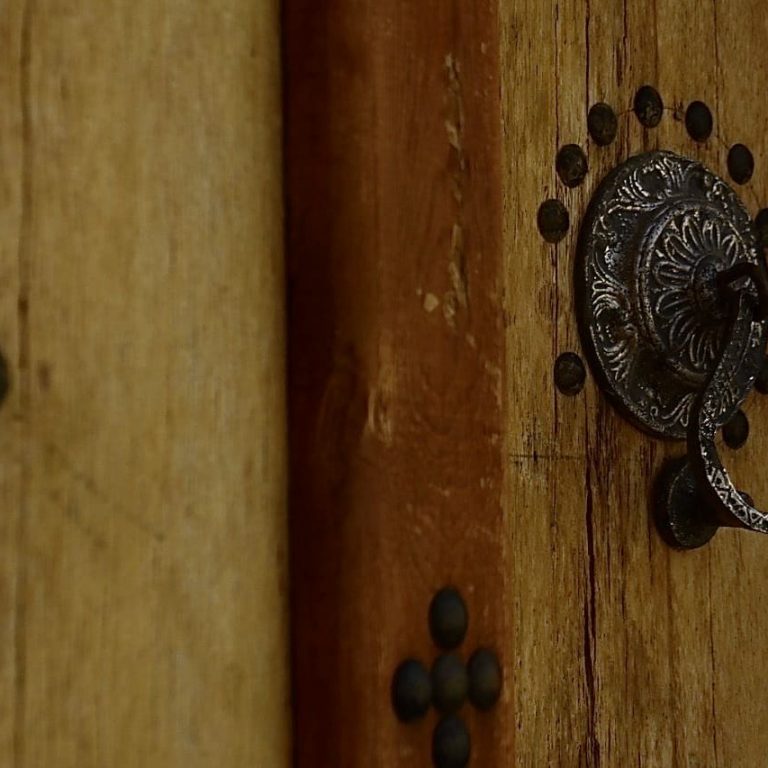 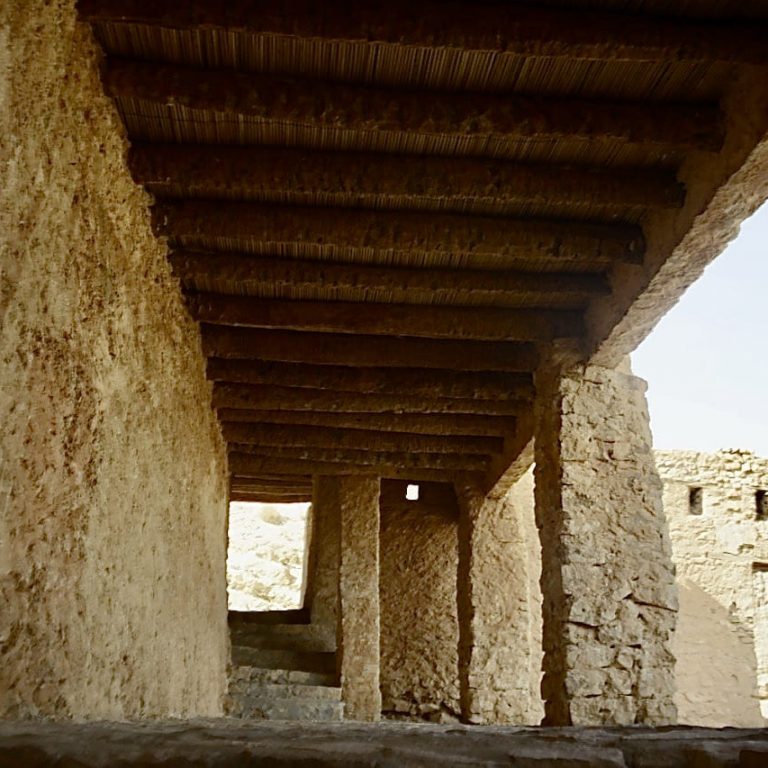 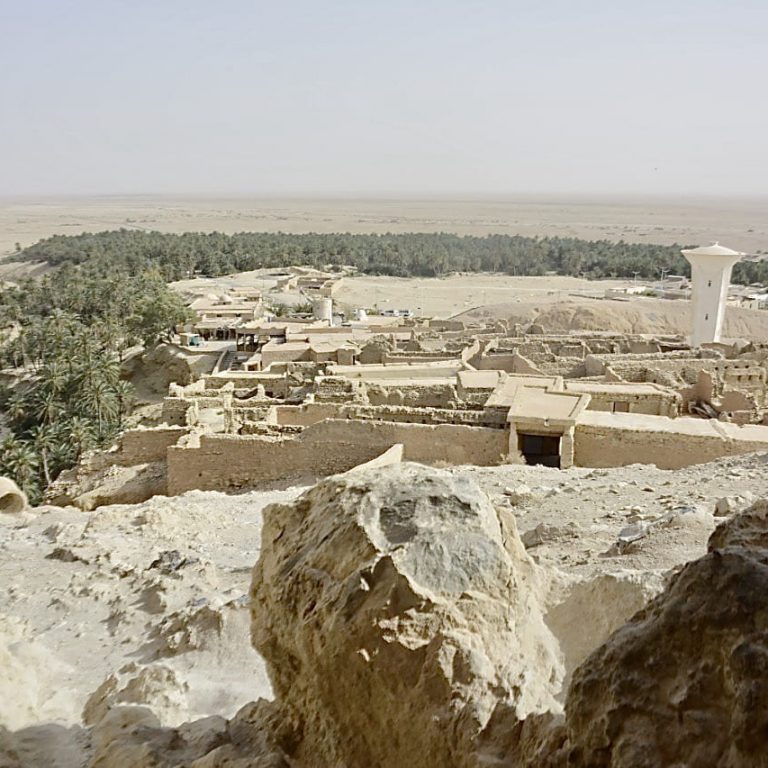 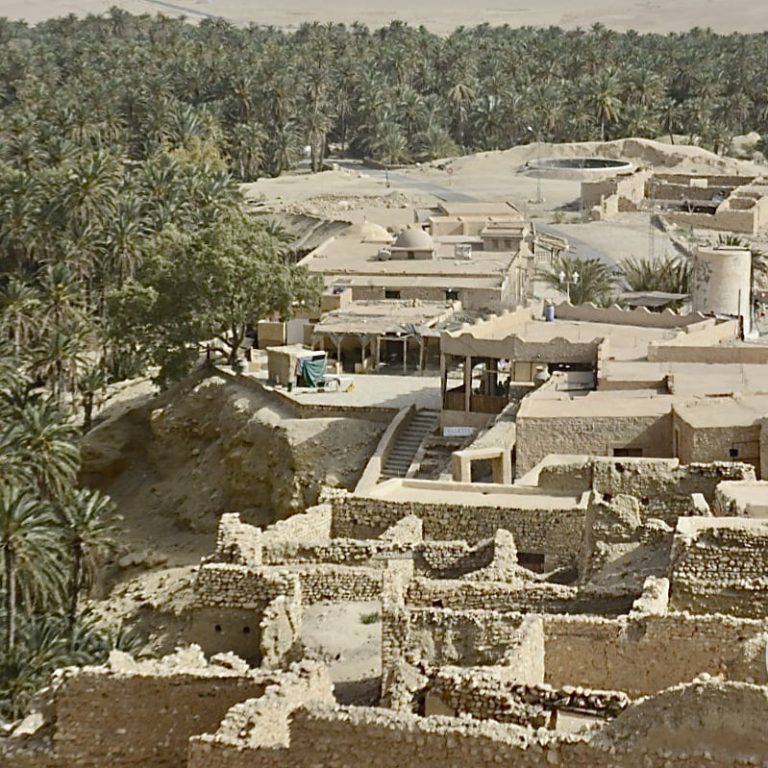 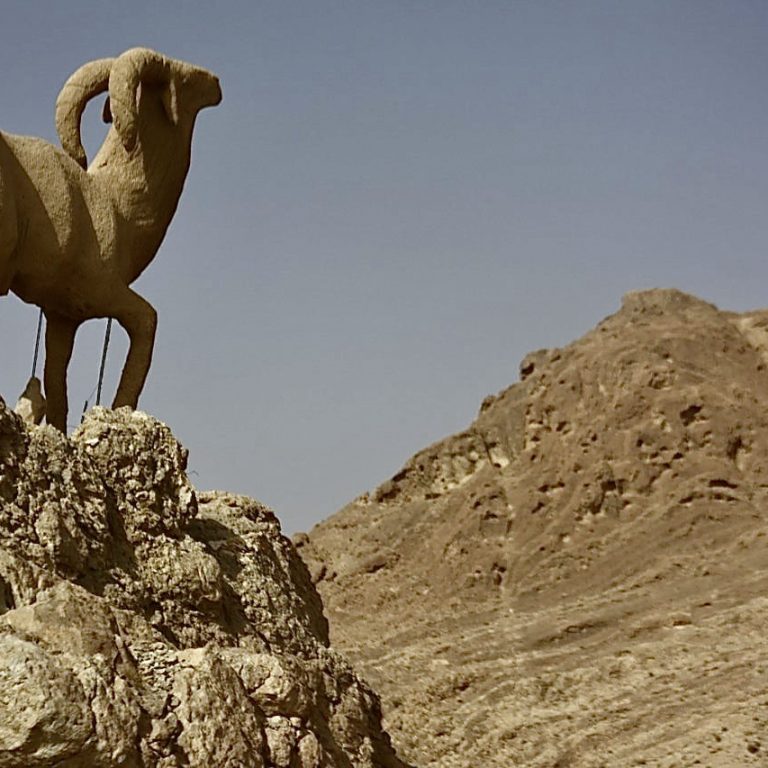 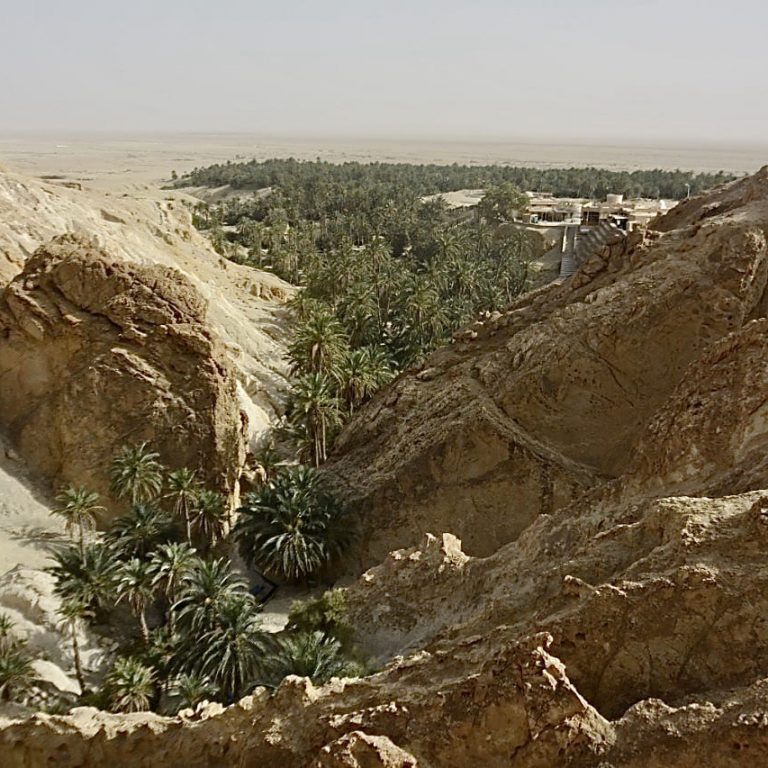 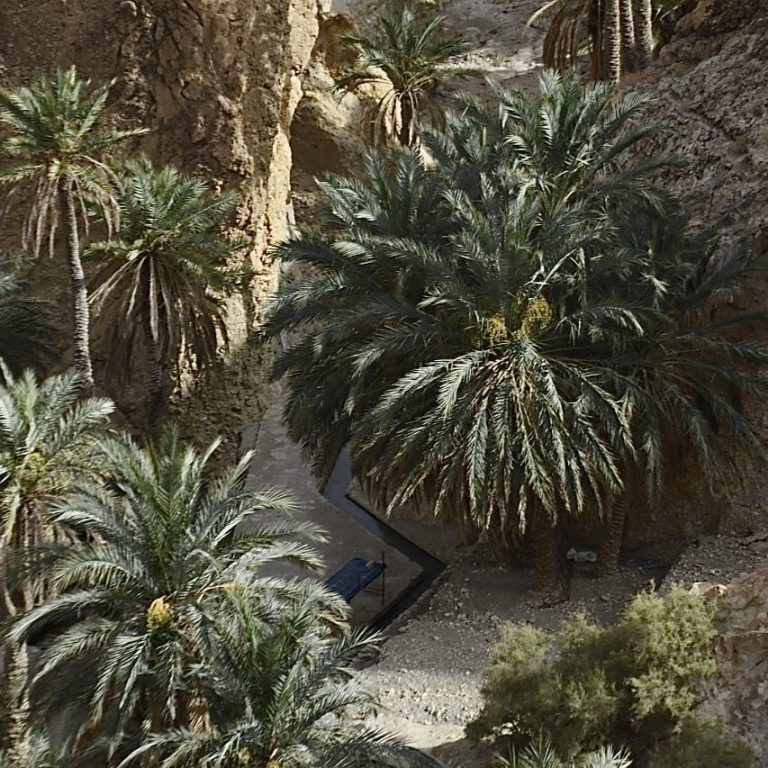 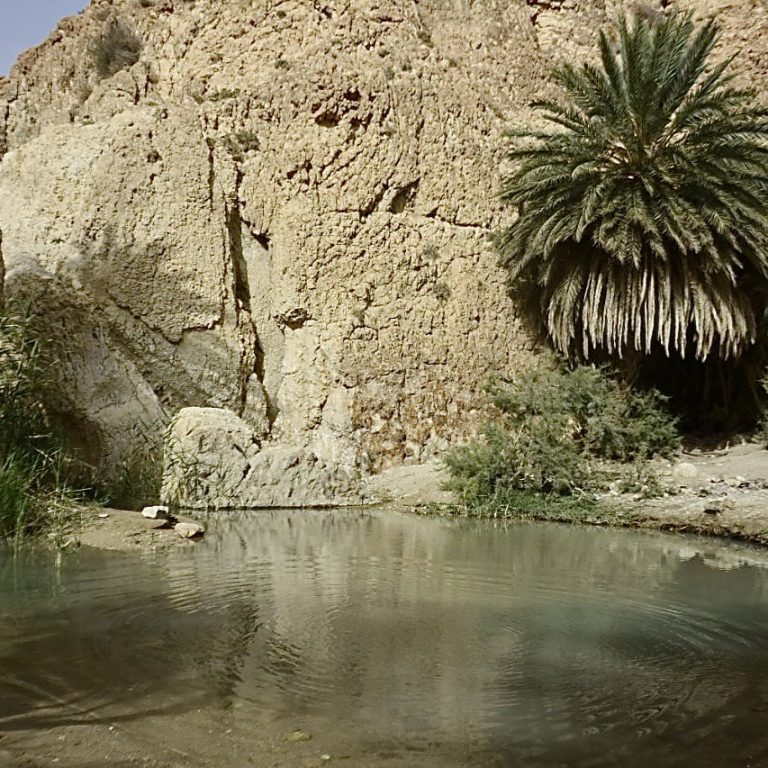