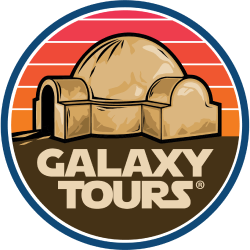 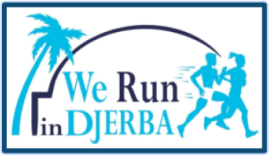 The annual Cantina Classic 10k is a one-of-a-kind event inspired by and directly associated with Star Wars film sites on the Tunisian island of Djerba. The 10k course offers a combination of urban, rural, and seaside landscapes in a serene Mediterranean setting. Although not required, cosplay running attire is encouraged.

Galaxy Tours partners with We Run in Djerba to organize the Cantina Classic 10k. A network of public and private co-sponsors makes this event possible.

Prominently visible throughout the 10k course is the unique mix of Amazigh and Ibadi Islamic architecture, characterized by lime-covered rectangular structures with simplistic domes, barrel-vaulted roofs, and weight-bearing external buttresses. This architectural style—instantly familiar to Star Wars fans—served as one of the key factors that prompted George Lucas in mid-November 1975 to select Tunisia as the real-world filming location for fictional Tatooine.

The focal point of the 10k course is the Ajim city center neighborhood that Lucasfilm converted into fictional Mos Eisley for filming on 2-3 April 1976. The 10k starts and ends at the abandoned bakery utilized as the Mos Eisley Cantina exterior. The final leg moves runners down a small side street made famous as the Mos Eisley stormtrooper checkpoint and Docking Bay 94 alley. Post-event activities take place in the square that once featured Luke’s landspeeder, droids, and Jawas.

Amghar Mosque, staged on 4 April 1976 to depict the exterior of Obi-Wan Kenobi’s dwelling in the fictional Jundland Wastes, marks the approximate midpoint of the 10k course. Originally built in the 10th century CE as part of a defensive network of coastal lookout mosques, the isolated Ibadi structure rests directly along the Gulf of Gabès on the outskirts of Ajim. 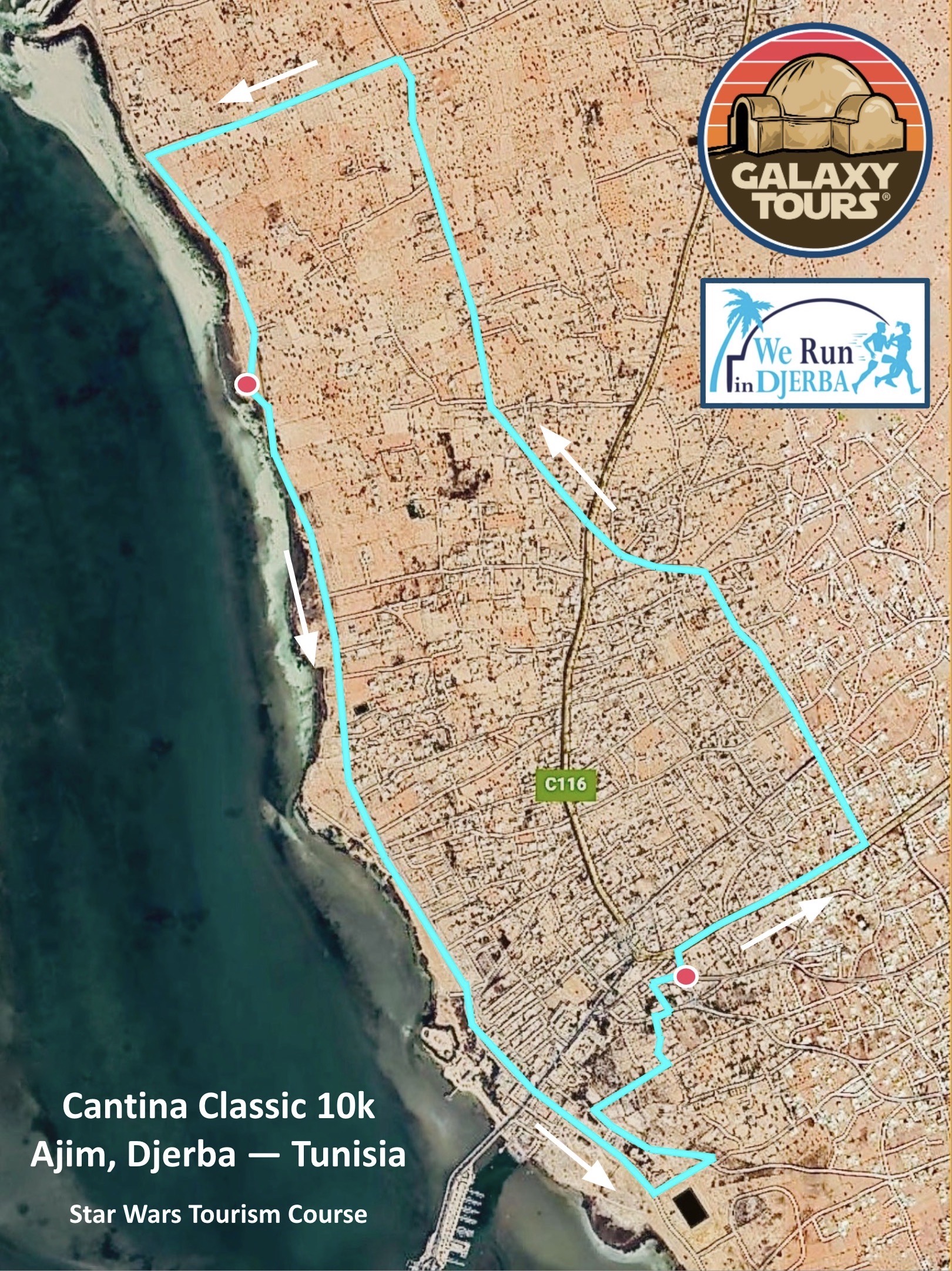 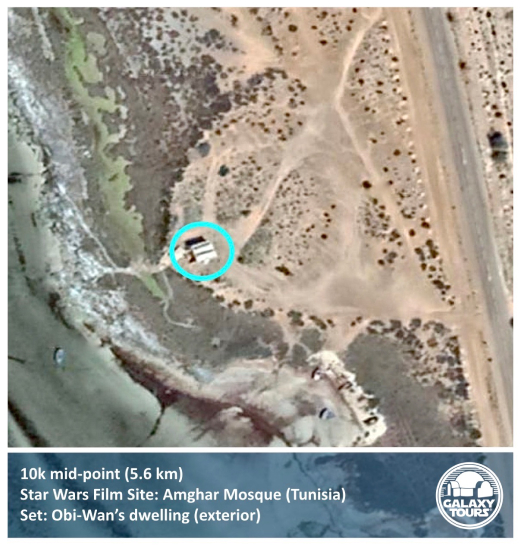 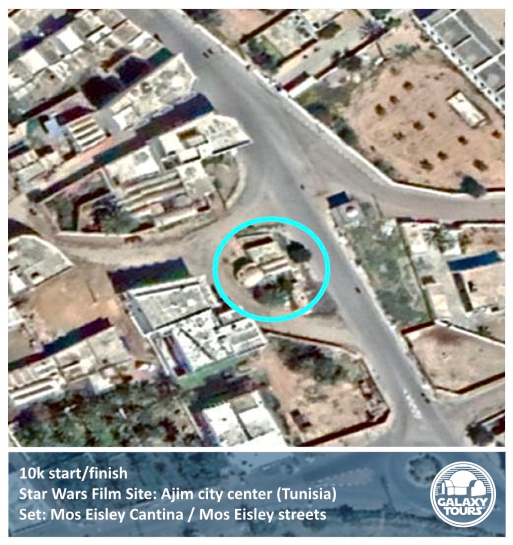